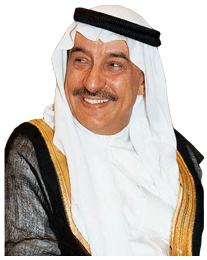 Thanks to human and scientific advancements, the technological revolution, and the huge leap into the age of communications of the past few decades, the world as we know it has become the size of a small village from the good old days.

The major change that happened in the life of modern man is, in my opinion, in the way we communicate with each other. Thanks to the digitalization of global communication, we are now able to communicate with any person in any part of the world, anytime. Today's communication technologies effectively eliminate all barriers preventing people from communicating.

On the other hand, globalization has brought about other sorts of economic and social changes in nations around the world: Mainly in the form of an unhindered flow of capitals and free and unlimited human interactions. The opening up of economic borders among nations has made it easier not only for multi-national corporations, but also for small entrepreneurs to offer their products and services even to a layman in a remote corner of the globe using modern communication means.

This doesn't mean that globalization is without its disadvantages. There are nations in the world whose economies have suffered due to a surge in foreign debts and a drop in foreign exports. However, it is a natural course of events because in today's world only those who can compete can survive. To overcome such issues, there is an obligation on the part of the rich nations whose policies sometimes rob the poor nations of their fundamental rights, to help those nations regain their lost rights. International agencies like the UN and its subsidiaries play a pivotal role in easing burdens of the third world and they should work towards introducing even more resolutions that can guarantee progress and prosperity for all nations. Only then can we ensure that all people in the world enjoy the benefits of globalization.

In today's world, neither individuals nor nations can live in seclusion. Communication has become vital to survival in a global world. Dubai is a great model that illustrates how communities and people of different ethnic backgrounds work together to achieve impressive results and co-exist in total harmony.