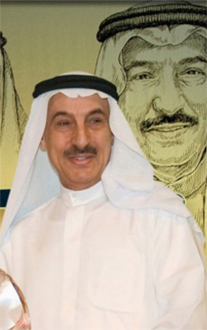 Having a distinguished career spanning a period of over forty years, Mr. Qasim Sultan Al Banna rose through the ranks of the Dubai Municipality in the United Arab Emirates. Starting from the level of Assistant Engineer in 1960, he was promoted to Assistant Director of the Technical Sector, and progressed successively to the posts of Deputy Director, Acting Director, and Director General of the Municipality from 1993 to 2006.

As a result of his effective leadership that transformed Dubai into an efficient metropolis, the United Nations Centre for Human Settlements (UNCHS) awarded its Scroll of Honor to Mr. Qassim Sultan in 1994 and in 1998 he was appointed the first Goodwill Ambassador for the UNCHS in the Arab region. In 2005 Mr. Sultan was also awarded the University of Alexandria Honorary Award for Regional Leadership.

The Dubai Municipality’s high performance standards have also been recognized through other international awards including those of the Arab Towns Organization in the fields of environmental protection and conservation of historic buildings, an Australian award in waste management, the "Pioneer Award 1999" awarded to Dubai Municipality in New York by "International Council for Caring Communities", and the Great International Cannes Prize granted by the Mediterranean Network for Water and UNESCO in 2001.

In addition to his duties as Director General of Dubai Municipality, Mr. Sultan performed numerous other tasks involving government policies and operations. He served in Boards of Directors of several organizations and associations and effectively contributed to non-governmental activities including his chairmanship of the “Al Ahli” sports and cultural club in Dubai.

Among the numerous local, regional and international roles performed by Mr. Qassim Sultan, mention can be made of these: